The resources listed below are unique to this page, and fall under this general category. Browse the sub-categories in the pages listed above if you are looking for a resource that falls under a more specific topic. A Breeding Bird Survey of Myrick Marsh and Hixon Forest
Author:
University of Wisconsin-La Crosse
Subject:
University of Wisconsin-La Crosse -- Students -- Research -- Periodicals
College students -- Research -- United States -- Periodicals
Journals
Biology
Creator:
Fiedler, Jenny
Description:
Breeding bird populations were surveyed in two habitat types sharing a watershed in the Upper Mississippi River basin during the summer of 1999. Two routes in each of two study sites were surveyed mornings during 14 weeks between April 14th and July 31st; night surveys were also conducted to observe nocturnal species. Routes were surveyed using the methodology of the Wisconsin Breeding Bird Atlas, and observations of species present, abundance, breeding level, and habitat were recorded. A total of 124 avian species were observed (84 in Hixon forest and 102 in Myrick marsh). Sixty-five and 74 species in Hixon forest and Myrick marsh respectively were considered summer residents; 41.5% and 58.1% of those respectively were confirmed by observation to be breeders. Diversity indices indicated that avian populations in Hixon forest were slightly more diverse. Average abundance of avian populations in Myrick marsh were found to be significantly higher using an independent T-test (P<0.05). Similar percentages of neotropical migrants, which as a group have experienced recent population declines, were found in Hixon forest and Myrick marsh. Comparisons of this survey with other relevant surveys revealed slight changes in avian communities over time.
Published as part of the University of Wisconsin-La Crosse Journal of Undergraduate Research, Volume 3 (2000) 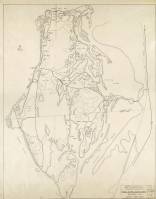 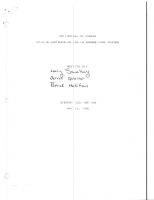 History Repeats Itself: Grandad Bluff
Author:
La Crosse Public Library
Description:
Newspaper articles about the history of Grandad Bluff and its role as a park, a geological formation, and a transportation challenge.
Grandad Bluff, the tallest bluff in the area, has been a focal point of the La Crosse community. Limestone rock was quarried from the bluff and this served as a source of building material for many years. However, when the property was about to be sold for large scale quarrying, La Crosse citizens were outraged. A prominent family, Joseph & Irene Hixon, bought the property in 1909 holding it in trust until it was donated as park to the city of La Crosse in 1912.During this time, local citizens, lead by Mrs. G. C. Hixon, raised $15,000 to purchase the property and to help build public roads. Along with this purchase was some property below the bluff which became the nucleus of Hixon Forest.

History Repeats Itself: Hixon Forest
Author:
La Crosse Public Library
Description:
Newspaper articles about the history of Hixon Forest. Hixon Forest traces it roots to the founding of Grandad Bluff as a park. It was donated to the city in 1912 as a park. This collection of articles highlights the beginning of the trail system, a cooperative effort of the Greater La Crosse Area Chamber of Commerce and La Crosse Park & Recreation Department, to the new "This is Not a Trail" (TNT) mountain bike trail that leads through Hixon Forest connecting on top of Grandad Bluff to the Human Powered Trail. Some land acquisitions and the beginning of the Nature Center are also highlighted.
For older articles, see History Repeats Itself: Grandad Bluff. Making of a Park System in La Crosse: Report
Subject:
United States
Wisconsin
La Crosse
Parks--Wisconsin--La Crosse
Parks
Creator:
John Nolen 1869-1937
Description:
John Nolen, an urban planner and landscape architect, was hired by the Board of Park Commissioners of the city of La Crosse, Wis., to design the first park system for the city.
ocm15542574 has a companion map called City park system for La Crosse 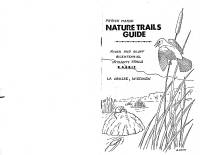 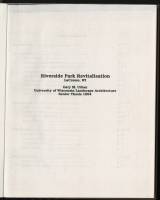